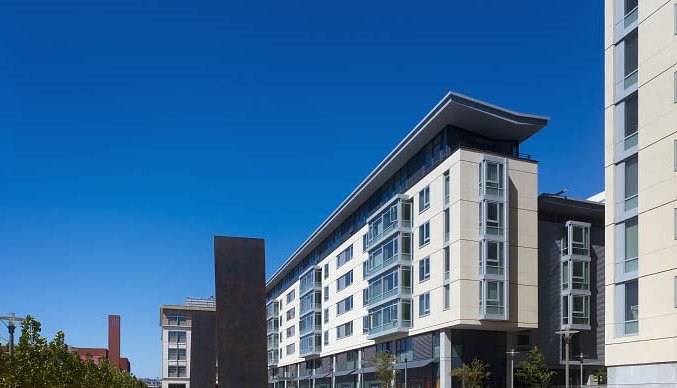 Student accommodation is set to be a growth area in property investment in 2018 and new research shows that during 2017 a record breaking 30,000 bed spaces were provided.

It means that the supply of studio rooms has more than doubled since 2014 with 97% of these provided by the private sector in 2017, according to the research from Cushman & Wakefield.

The rise takes the total number of purpose built spaces available to 602,000 and overall rents per bed space in student accommodation increased 2.9% between the academic years 2016/2017 and 2017/2018, marginally above the 2.7% seen during the same period in the previous year.

The report says that this shows the sustained health of the student accommodation market as a whole but there are significant variations across the UK as well as by type and sector.

En-suite rents have increased by the most in Birmingham and Bristol, up by 4%, followed by Edinburgh, Manchester and Nottingham all up by 3%. En-suite rents are highest in London, at an average cost of £195 per week. In Manchester they average £142 per week but the cheapest average weekly rent of the cities surveyed was in Sheffield at £120 per week.

The private sector dominates the supply of new developments, delivering 87% of all new beds so far in 2017/2018. However, universities continue to provide the largest number of bed spaces, offering 57% of all rooms available in 2017/2018. Overall en-suite bed spaces now represent 56% of the market, whilst studios account for 12% of all beds.

‘It is encouraging that the student accommodation market continues to flourish despite initial concerns following the European Union referendum and the impact of increased student tuition fees. However, in a number of cases studio development has been driven by higher prices rather than by true student demand, which now risks oversupply. En-suites and shared rooms provide a cheaper bed and more of a social experience, with communal and shared spaces,’ said David Feeney, advisory associate at Cushman & Wakefield.

‘There is a real opportunity for developers to meet the demands for more affordable accommodation and provide more standard or en-suite rooms for students. Studios are 45% more expensive but do they offer a 45% better experience? It is all about the value of the experience and this will increasingly drive students’ preferences for accommodation,’ he added.

The report points out that more students than ever are studying away from home meaning the demand pool for accommodation continues to grow. Full time student numbers are now 4% higher than in 2012/2013, when maximum tuition fees rose to £9,000 per year, and continue to drive growth in the sector. Higher tariff universities grew enrolments by 1%, with medium tariff institutions growing by 2%, proving that despite some concern about the impact of the Brexit vote on student numbers, there remains considerable demand for new accommodation.

In terms of the investment market, final recorded transaction volumes in 2016 of £4.1 billion were the second highest total on record but well below the 2015 total of £5.7 billion.

‘The UK is still a global education hub, attracting the best students from around the world. Even with Britain’s exit from the EU progressing, the relatively weak Pound has attracted additional applications from non-EU students, with their numbers rising 5% over the last year. It is a key market, as 23% of the UK student population is now from overseas,’ Feeney explained.

‘In funding terms, foreign students have a much greater impact on the income profile of UK universities, making up 26% of all tuition fee income. It is clear that the UK remains a highly attractive place for students to study and this continues to be reflected in the growing student accommodation market. The sector will continue to prove attractive to investors and if developers are able to meet student demand for en-suite rooms, rising student numbers will provide suitable and reliable returns,’ he concluded.

We're waiting to hear how we can help you. Let us know below.